Rosa lost her breast without her consent

Nineteen years ago, on the 10th of February 1997, Rosa underwent a frozen section after having been told it was just a diagnostic procedure, without being informed of likely losing her left breast. She woke up hours later, devastated that she had lost her breast without her consent. That particular day was the start of a personal journey that to this very day has touched countless lives of women facing the same ordeal. She was neither the first nor the only woman to have been traumatized by this unacceptable epidemic but that day ushered in the dawn of breast cancer advocacy in the Philippines. 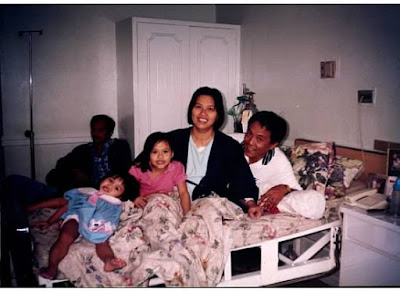 Rosa moved fast forward, took strong action – being the lone Philippine delegate to the 1st World Conference on Breast Cancer in Kingston, Ontario 5 months later and establishing the Philippine Breast Cancer Network a month after her return home. Rosa had single-handedly changed the landscape of breast cancer in the Philippines in that brief period.
The day of her mastectomy, Rosa became a gladiator enslaved and thrown into the arena of mortal combat. She had no choice but to fight back and this she did to the very end with all her heart and soul with full honor and dignity! And just like Spartacus and Maximus, Rosa’s life and death began a movement to free the slaves. The only difference is that Rosa was a female gladiator in the killing fields of breast cancer.She never submitted to chemotherapy and radiation but instead pursued non-invasive and non-toxic measures.
To this very day, many women continue to be imprisoned by the prevailing ignorance and helplessness brought about by a most obscenely lucrative breast cancer industry. With barely any understanding at all, they are rushed to make hard and fast decisions without knowing all their options and without knowing what to expect from any treatment or intervention. With such blindness, they are led to the arena without the single most important weapon to confront the enemy - that of knowing and understanding breast cancer. They become pathetic torture victims who plead for their lives yet are slaughtered methodically. Their carcasses most often ending up in closed coffins or incinerators due to the severe violence they had been submitted to - with excruciating pain written on their faces that no make-up can hide. Many among them were robbed of the chance to fight back - denied that final victory over death!
It has been 19 years since Rosa lost her breast and the PBCN she started continues to lead the growing army of women breast cancer warriors in attaining their individual victories in the struggle with breast cancer! Despite its gigantic task and meager resources, the PBCN remains undaunted and keeps drawing strength from every breast cancer warrior.
For those who’ve lost their breasts, never lose heart. And for all who have heart, keep your breasts.

“Freedom from Breast Cancer!”
Posted by danny meneses at 1:34 AM 2 comments: