Over-diagnosis and over-treatment of breast cancer

The PBCN is deeply concerned with the absence of precautionary measures in the government’s Philippine Health Insurance Corporation’s Type Z Benefit Package, particularly in the over-diagnosis and over-treatment of breast cancer.

It has long been a reality in our country that poor or uninsured breast cancer patients receive little or minimal medical attention. This is the reason why the Department of Health launched in May 2011, the Patient Navigation Program to promote early breast cancer screening particularly among poor women and providing assured access to chemotherapy. The program is meant to show that breast cancer is a curable disease when detected, treated and managed early. 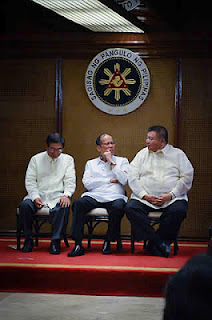 With the launching of the Type Z Benefit Package in the presence of President Noynoy Aquino in Malacanang Palace on July 2nd, members of PhilHealth will now be entitled to a package rate of P100,000 for the entire treatment course for early breast cancer. Coming from PhilHealth’s huge reserve fund of Php 30 billion, just 10% could easily cover 30,000 cases (more than double of government estimated cases in 2010). The opposite could then be the scenario for insured breast cancer patients who may likely be over-treated (receive drugs and procedures that can cause real harm) and even misdiagnosed.

Numerous studies have shown that early detection of breast cancer does not necessarily translate to saving more lives. Finding ever smaller cancerous lesions, even down to small clusters of cells can lead to over-diagnosis for if left alone but managed and observed over a period of time, would never have grown to endanger a woman’s life. Of the most common type of breast cancer, at least 50% of ductal carcinoma are non-invasive and can be safely managed without surgery or chemotherapy. Over-diagnosis leads to over-treatment. 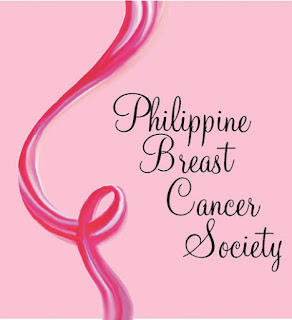 For more than 15 years, the PBCN has seen all forms of misdiagnosis and mistreatments – unnecessary surgeries, chemotherapy and radiation. As a matter of fact, even among the ranks of medical practitioners there are varied, even opposing opinions in the diagnosis and treatment of breast cancer. To address this, the leading breast cancer practitioners have just recently formed their own society to educate doctors and hopefully arrive at standardized protocols and treatments among themselves precisely to avoid misdiagnosis and mistreatment of breast cancer cases. 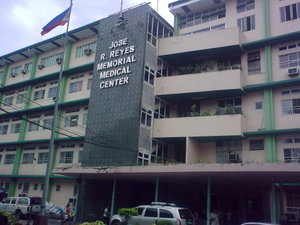 According to the Department of Health, the breast cancer survival rate in the Philippines is below 40 percent but according to PhilHealth’s Robert So, MD – one of the reasons for selecting Jose Reyes Memorial Medical Center as its Reference Hospital is its experience of an 80% cure rate. This will be the lead hospital and along with the UP-PGH and the Philippine College of Surgeons will provide the standards and guidelines in the treatment of breast cancer.

Though standard treatment protocols/clinical guidelines shall be adopted from the current state of the art- internationally accepted treatment guidelines (such as the NCCN Cancer Treatment Guidelines updated each year) based on scientifically-sound body of evidence depicting the lowest recurrence rates, survival rates must be over a 5-year period and not only two years as stated - especially that early stages are mostly to be addressed.

The Type Z Benefit Package will be implemented nationwide by contracted government hospitals in each region - all of which are training hospitals largely lacking in funds and personnel. The world's 3rd leading pharmaceutical, Paris-based Sanofi-Adventis agreed to extend an 83% discount for their chemo drug Docetaxel (from P40,000 to P6,930). With the advent of PhilHealth members availing of the P100,000 breast cancer package, these government hospitals can now expect a significant market share previously dominated by private hospitals. No longer hindered by costs, their doctors will not think twice in performing mastectomy, chemotherapy and radiation. 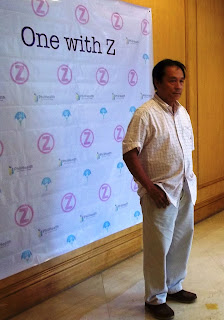 Precautionary measures must be instituted in the Type Z Benefit Package, particular to cases of breast cancer. These must include among others:

1. How is a woman said to have breast
cancer?  Invasive or non-invasive?
Aggressive or not?

2. How is a woman’s case said to require
surgery, chemotherapy and radiation?
3. When surgery is necessary, will it be a lumpectomy?
Modified or radical mastectomy?

4. When chemo is considered necessary, how is a drug chosen? (by availability?) Will it be single or multiple chemo drugs? Will it be done before or after surgery? Will there be an oral maintenance chemo drug to be prescribed or not?

5. When radiation is considered necessary, will it be by linear    acceleration or cobalt?

6. And most important of all, has the total course of treatment been thoroughly explained to the patient (including limitations, risks and adverse reactions), not simply having her sign a lengthy form of consent without being fully informed?

These precautionary concerns are meant to prevent the over-diagnosis and over-treatment of breast cancer cases from the expected surge of patients resulting from the P100,000 package of PhilHealth’s Type Z Benefit Package launched on July 2nd, 2012. Only by the end of President Noynoy Aquino’s term in 2016, will it then be known whether or not PhilHealth’s well-meaning intervention in an economically and medically “catastrophic” disease like breast cancer will have realized better health outcomes or resulted in shorter survival rates and higher mortality rates.

The Cancer Stakeholders' Consultative Meeting with the theme "Moving as One" held on May 25th 2012 at the 5-star Diamond Hotel was organized by the Cancer Institute Foundation headed by Cecilia L. Llave, MD, PhD. in collaboration with UP Manila's National Institute of Health (UPM-NIH) and the Philippine Council for Health Research Development (PCHRD). The activity was in pursuit and support of the World Cancer Day of the Union for International Cancer Control (UICC).

Sounds and looks good but it doesn't smell nice!

1. Founded in 1933, the Switzerland-based UICC is run by a Board composed mostly of medical doctors and professors - notably the immediate past Chair of the American Cancer Society. For an international organization to last nearly 80 years without controlling the epidemic increase of cancer worldwide, they must be well funded! Well, just see who their partners are:

2. For more than a decade now, nothing that really matters has really come out of the PCHRD's "Five Year Health Research Priorities" as far as cancer control is concerned. Today, 1 in every 13 women in the Philippines will get breast cancer and this supposed scientific institution can not even declare the environmental links to breast cancer. They would rather focus on research and development of medicinal plants to be offered to the pharmaceutical industry to market. With a low state budget, the PCHRD relies on the cancer industry for its research programs. Guess there simply is no money in prevention!

3.Unlike the USA's National Institutes of Health which has more than 50,000 search results about breast cancer, the Philippine's version of NIH has only one: that taking garlic supplements by mouth may improve symptoms of benign breast disease. So what about malignancies? And their vision is to be the country's recognized authority in health research and development and the key source of critical health information for national development in the Philippines and Southeast Asia??? No wonder the Philippines today has the highest incidence rate of breast cancer in Asia and the 10th highest worldwide!!!

4. How in the world can breast cancer be prevented by early detection??? This shows the mindset of the Cancer Institute Foundation. Despite the fact of 26,000 breast cancer cases in 2010 and only 7,000 of cervical cancer, the CIF's major focus is on cervical cancer. Why? Simply because of its partnership with GlaxoSmithKline, the makers of the cervical cancer vaccine.

5. In May 2008,  I attended a Senate hearing on cancer where Dr. Llave lengthily presented her program for cervical cancer simply lobbying for more budget allocations. (I will be commenting on the cervical cancer program later on). Her thinking on prevention revolves around exercise (like running in polluted streets?), healthy diet (like eating vegetables grown with pesticides?), regular visits to a doctor (like waiting to be told you have breast cancer?), early diagnosis (like radiation exposure to mammograms?) and accessible treatment (like chemotherapy via health insurance?) to bring down mortality rates. This well meaning doctor still does not understand that breast cancer is an environmental disease and thus preventable by identifying these factors and eliminating as many as possible. By doing so, there wouldn't be a critical need for the deployment of primary and secondary caregivers, low-cost screening and treatment technologies as Dr. Llave pointed out.

On the month of Mother's Day again, four years later during that "Moving as One" meeting, it was stated that health education n played almost no role in decreasing the incidence of cancer. Well, that's if it's coming from the UP Manila's National Institute of Health (UPM-NIH), the Philippine Council for Health and Research Development (PCHRD) and most of all from the Union for International Cancer Control (UICC).

Posted by danny meneses at 6:31 PM No comments: