The scenarios of newly diagnosed women with breast cancer are almost always very similar. With shock and fear dominating the woman and her entire family, there is a rush for quick answers and solutions to a crisis never thought to come their way.

A visit to the hospital and a cancer specialist becomes the first step in the confusing web of breast cancer. Decisions are hurriedly done, assured by the most recent advances in science and medicine. The patient mainly relies on her attending physician.  But as the days and weeks go by, more questions arise and doubts of cure start trickling in. Entering the hospital for a sure cure has become like entering a casino to win a quick fortune. Having sufficient funds, whether savings or insurance is likened to having enough capital to gamble....and what first appeared to be low risk turns out to be high risk!  As they say, the casino never loses.....it's the gambler who will lose his shirt! A woman and her family bet all their money on perceived odds that surgery, chemotherapy and radiation would work. 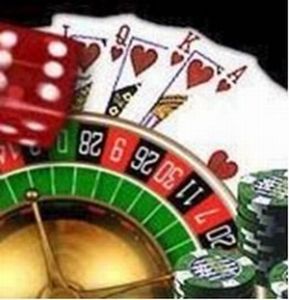 For other patients though, they would rather not "gamble" but opt to try various options and alternatives that have been said to be of real benefit. This places much of the burden on the patient and her family. It will be a continuing search for positive experiences in curing breast cancer. With so much information from so many resources, the patient will test one after another for as long as her resources can manage to. From one experience to another, she will hope to conquer breast cancer with whatever may come her way and for as long as she does not turn for the worse. At the very least, testing non-toxic and non-invasive methods will not complicate or compromise her. "No harm - No foul!"

Yet in either scenario, it is only what is clear and visible to one's heart which will spell her journey in the unknown depths of breast cancer. There will always be events that will happen - good and bad - and most often it will be the sudden and unexpected ones beyond her control which will become crossroads for her. To resign from a job or not. To relocate residence or not. To let go of a troubled marriage or not. To continue chemo or not. To continue alternative treatment or not. To fight or to surrender. To live or to die.

There always will be signs.

A woman with breast cancer will have to reach out in the deepest bottom of her heart and soul for the very purpose of her life, that she may find strength and courage to confront the disease with full honor and dignity. Breast cancer is an environmental disease which is preventable. Like so many other victims today, she has become the one in thirteen women in the Philippines to get breast cancer. It was never her fault. 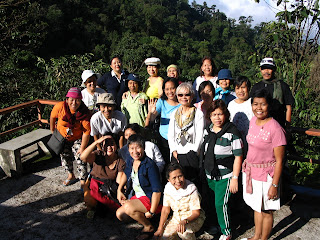 Posted by danny meneses at 11:21 PM No comments:

One's character and personality will ultimately determine how she confronts breast cancer. 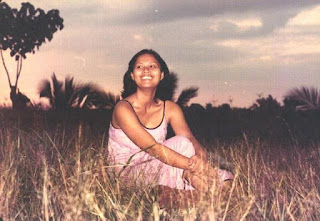 I have always kept in my mind what a very close friend of mine told me that not all women can be as brave and daring as my late wife in her face-off with breast cancer in 2000. In fact, when she set up the Philippine Breast Cancer Network in 1997, not a few were curious in knowing what made her do it despite so many patients before her. Only when her activist background in her younger years became known would it then be understood how such a simple and soft-spoken mother of four be able to have done all she did in a very brief period before she claimed her right to be in the eternal kingdom of our Lord God Almighty.

Breast cancer chooses no one (rich or poor, young or old, learned or not, with or without child, colored or not, Muslim or Christian) - you just have to be a woman because this dreaded disease has already become a global epidemic. The cancer industry continues to make enormous profits from all medical aspects of the disease -from detection to treatment - yet until this very day, no cure can be guaranteed no matter how much money one has wherever in the entire world.

This reality places a huge burden on every woman diagnosed or suspected to have breast cancer. Hounded by the fear of death, she becomes desperate in seeking for a cure. Thinking that doctors would know what to do, she is not aware that most if not all doctors have limited if not archaic understandings of the disease. In fact, an OB-GYN with whom a woman goes to would automatically refer her breast concerns to a surgeon who would most often than not require a mammogram and/or biopsy. Upon diagnosis, the surgeon would naturally operate, an oncologist would expectantly go for chemo and a radiologist would perform radiation.

With minimal understanding of the disease and absence of other treatment options, she submits to all of the above without real participation in decision making. For others, medical insurance coverage and/or family pressure led her to the cut-poison-burn cycle. For those who have opted for natural or alternative options either from the very start or after conventional treatment, decision making could also have been influenced by family and/or friends. But for whatever path and from whoever the patient's choice came from, it will remain the patient's burden to heal her own self.

In any sport, it is one's fighting heart that gives that added finish towards victory. So it is in the arena of breast cancer. Family and friends though fully supportive will remain to be mere spectators. True victory comes when the patient carves her own path and surmounts her personal limitations, regardless of the outcome.

Yes, not all women can be like Rosa .... and this is why no woman should ever get breast cancer!

Posted by danny meneses at 4:56 AM No comments: