When October ends, will the pink carnival also end? Nope, because breast cancer will continue to dominate the fear of every woman in the Philippines where 1 in 13 will get the disease. The show goes on..... 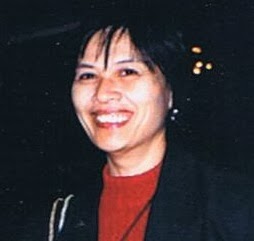 In the Philippines, the Department of Health has more than once embarked on major breast cancer programs since 20 years ago. None has made any major inroad as seen by the country’s registering the highest growth in incidence rate worldwide while having the 12th highest mortality rate. Only recently, the government’s Philippine Health Insurance Corporation opened the doors to more over-diagnosis and over-treatments of breast cancer by providing treatment funds for its qualified members.

And at the legislative levels of government, no bill has been written for the prevention of this environmental disease. All bills proposed were on early detection thru mammography – clearly riding this public health issue from a medical point of view and NOT on a people’s point of view, which is “we do not want to get breast cancer!”

Media has even made itself part of the carnival by featuring the latest treatments, even alternative ones. All the 3 major television networks more than once took contact with the PBCN for their respective features for breast cancer month. However, the PBCN saw no reason to be part of the "carnival" - the glamorization, commercialization and misinformation. Either they wanted personalities with breast cancer to attract viewers, prop up the medical-pharmaceutical industry or present early detection as a preventive measure. It was best and prudent for the PBCN no to be used as a decor or worse, to be misrepresented to the public. All were grossly lacking in research and journalism depth. I challenged them to make a powerful feature on the risks and dangers of annual chest x-rays and mammograms but I knew none would take me upon it. So don't think that all the talk on breast cancer seen on television is reliable - they will simply go through the motions with not much substance. 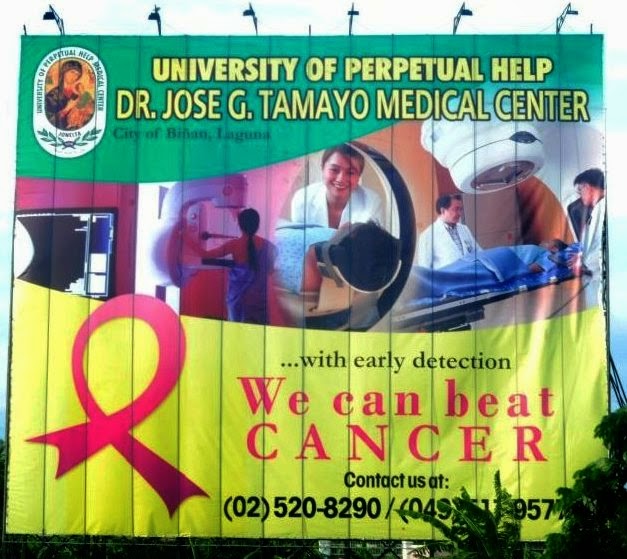 So who will benefit with the October breast cancer awareness month? The medical—pharmaceutical-supplement network industry! Even a supposedly conscientious company has allowed itself to be used which would likewise benefit themselves. The entire awareness blah-blah-blah will simply scare women to seek medical solutions without addressing how they got it in the first place. And why would it be important for every patient to understand her environmental exposures which led to her breast cancer? Because her daughters, sisters, relatives, neighbors and co-workers will one day also get breast cancer – not from the genes but because of environmental risk exposures!

The PBCN has been observing several patients from specific areas but not limited to Angeles City (Pampanga), Guihulngan (Negros Oriental) and Bacoor (Cavite). What is similar to all is their ground water supply which is most definitely contaminated with carcinogens from different sources.

Then as far as occupational hazards would be the high incidence rate among government female workers – specifically public school teachers. The required annual chest x-rays have only done harm by exposing their breasts to repeated radiation particularly during their periods of vulnerability.

There is no such thing as early detection. It takes 5 to 10 years before the first symptoms of breast cancer are manifested. So-called long term survivors either had no cancer in the very first place (over diagnosis) or had non-aggressive types such as DCIS (Ductal Carcinoma In Situ) which was never life-threatening even without treatment.

Mammography is a medical risk factor for eventually getting breast cancer. Women are being told year in and year out that they are clear from the disease, only waiting for the time to be told, “I’m sorry Ma’m but you now have breast cancer,”

Today, the nation celebrate's Teacher's day - ironically in the month of breast cancer awareness. Just this morning, another teacher-victim of breast cancer passed away just 3 years after being diagnosed at age 34.

Ever since the PBCN was established, we have observed several patients from the teaching profession, mostly coming from the public school sector. Among the early PBCN members was Lenirose Espanol-Cuartero who was diagnosed at age 31 and died just 2 years later.

In 2004, a long-scheduled PBCN symposium on breast cancer for all the public school Principals of Lipa City was unceremoniously cancelled by the Department of Education's Division of Schools Superintendent - just a few days. No reason was given. 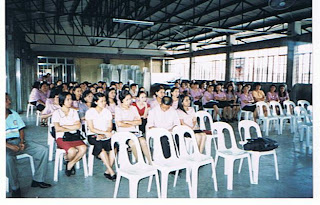 Prior to the incident, a PBCN symposium was held for the faculty of Mabini High School in Lipa City on September 2003. The danger of radiation from annual chest X-rays was discussed among other environmental causes of breast cancer. The teachers found the symposium very relevant and thought it best to have others to also know how to avoid breast cancer. It was through their initiative that a symposium for all principals and teachers in their division be scheduled. Most likely, the Division learned that the PBCN was questioning the annual chest X-rays done on all women, regardless of their health history or condition. He most probably did not want teachers questioning this.

When asked in international breast cancer conferences what would account for the epidemic in the Philippines, all are shocked to know of this annual chest X-ray required of all female teachers. Despite the fact that the Quezon Institute for Tuberculosis no longer exists, this practice is still being done ever since then President Manuel Quezon died of tuberculosis. Other than tuberculosis incidence now being minimal and curable, there are now other means to test through the skin, saliva and blood. But chest x-rays are still being done, no matter how old or non-calibrated the equipment is. By annually exposing the breasts of all women (most of whom have healthy lungs), they are being placed at great risk of getting breast cancer.

Read this link on a recent study on chest radiation done on women before age 30 as a risk for those with BRCA1/BRCA2 mutation:  http://www.nlm.nih.gov/medlineplus/news/fullstory_129037.html 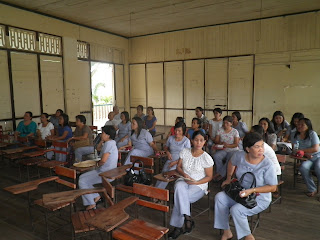 The PBCN recently held a symposium in Donsol, Sorsogon and we were not at all surprised to have met teachers afflicted with breast cancer. Though a small community of only 50,000 inhabitants with a very rural and pollution-free environment, the only common risk factor of these teachers were the annual chest x-rays done by mobile units contracted by the Department of Health.


There is no question that radiation causes cancer! While mainstream media keeps reporting about early detection and advances in treatment (whether conventional or not), nothing at all is being mentioned about causes, risk factors and prevention such as the high risks of radiation - like the annual chest x-rays done on all female teachers. Media would never mention this for if they did, they would be opening the doors questioning mammography which is being pushed by the medical sector, as well as government authorities. For this, both the Department of Education and the Department of Health are equally to be blamed for the breast cancer epidemic in our country today.

The moment it is admitted that annual chest x-rays place women at risk of getting breast cancer, out of the window goes mammography! 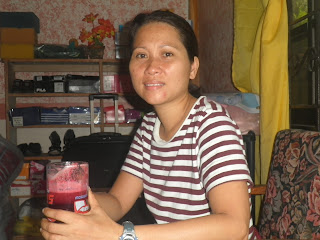 Upon the request of Desiree Jimenez-Razo (36), we traveled to Donsol, Sorsogon to address her breast cancer as well as conduct a symposium for teachers in this far-flung tourist destination.

She had undergone breast surgery two months ago and had been diagnosed with invasive ductal carcinoma at the Bicol Reguional Training and Teaching Hospital in Legazpi City. Though the pathology report was negative for residual tumor, all surgical margins of resection and all ten axillary lymph nodes, the immunohistochemical report showed triple negative breast cancer: Estrogen receptor negative (ER-); Progesterone receptor negative (PR-) and HER2/neu negative (HER2-).

It is said that from 10 to 20% of medically diagnosed breast cancer cases are triple negative, occurring more often in younger women and are considered often to be aggressive with a poorer prognosis than other types of breast cancer. At this time, however, there is no standard medical recommendation that women with triple-negative breast cancer should have more treatment than the usual. 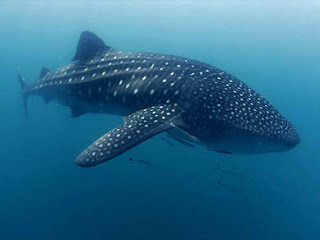 A school teacher since after college, Desiree (a mother of two sons, 12 & 8) had none of the known medical risk factors. She has been residing since birth at a relatively clean environment as evidenced by the "butandings" (whale sharks) in Donsol, the main tourist attraction of their less than 50,000 inhabitant community. What could have most likely caused her breast cancer - a triple negative at that? 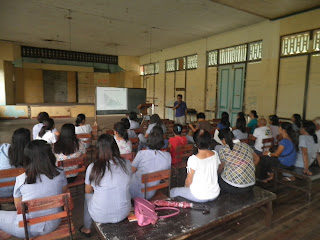 During the symposium we conducted for teachers the day before leaving Donsol, there was another teacher who had also just recently undergone breast surgery and undergoing chemotherapy despite not having any hormone assay. Another one had multiple lumps on both breasts upon our physical examination. Two others had thyroid problems while another was already sensing breast lumps. The only common risk exposure to these teachers was the annually required chest x-rays which were done by a mobile unit from Legazpi City.
To my knowledge, the Philippine is the only country in the world that requires annual chest x-rays on all its public school teachers regardless of their health condition, no matter that majority have no history of lung illnesses. Worst of all, even young girls entering college are unnecessarily exposed to the dangers of radiation during their vulnerable period - at a time when their breasts are undergoing formation. History taking is foremost in medical screening but both government and medical authorities in the Philippines continue to expose women to the high risks of radiation especially in the rural areas where out-dated and terribly unsafe mobile machines are being used!
Prior to coming to Donsol, we had a 50 year old patient whose latest mammogram showed a BIRADS 4 (suspicions of malignancy). This particular woman had been submitting herself to annual mammography since age 38 in the hope of early detection only to get a suspicious malignancy from the continuous exposures to radiation from mammography. No, it was not early detection but eventual affliction from mammography!  In the case of Desiree, she had underwent chest x-ray more than once within a year in two occasions for use of a relative's work application.
Instead of looking at possible receptors to find a drug (because tamoxifen and herceptin are not for triple negative breast cancer), looking into environmental factors such as radiation exposures would be more like it! Government and health authorities must stop the practice of requiring annual chest x-rays on all female employees as well as female students entering high school and college. As for mammography, women must not submit to this high risk exposure to radiation!
The PBCN re-affirms its position that whatever type of breast cancer (triple negative or not), a non-toxic and non-invasive approach will be safe and beneficial for the patient!
Updated 28 September 2014
Exactly two years ago, we travelled all the way to Donsol, Sorsogon for a public school teacher who underwent a mastectomy with 0/10 lymph nodes negative and diagnosed with triple negative breast cancer. While we were there, we visited another co-teacher breast cancer patient but she and her policeman husband preferred to follow their doctor. She passed away six months later - most surely because of the toxic chemo she submitted to.
The PBCN is proud and happy because Desiree is a living testimony of how an empowered woman can live with breast cancer without chemotherapy. Last April, she gave normal birth to a heath baby boy and her seaman husband has jumped ship to be with her and their three sons in their simple but peaceful and beautiful town of Donsol. Keeping well and staying happy together! 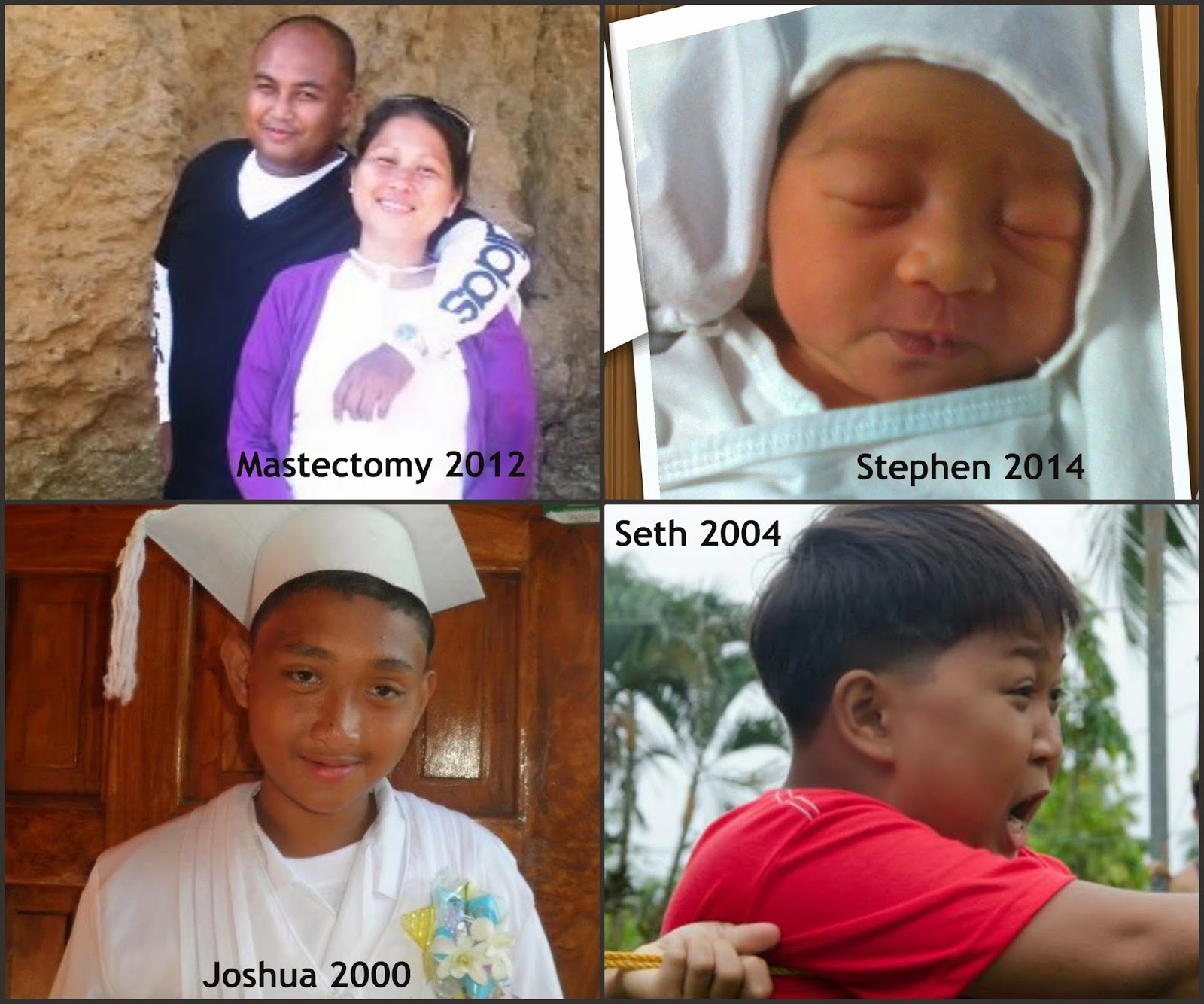