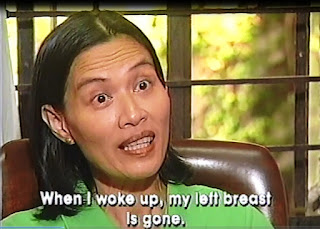 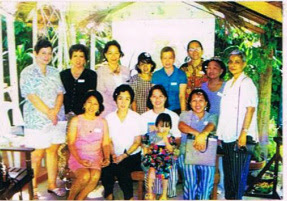 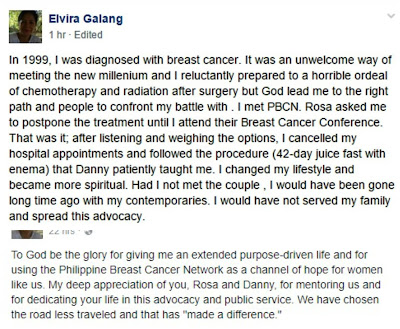 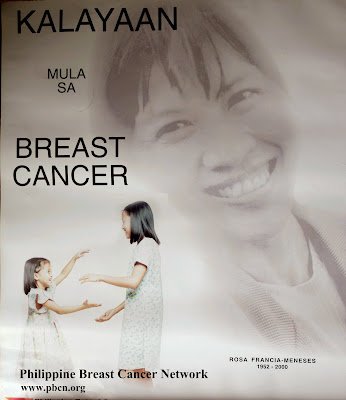 The PBCN is greatly concerned about a highly pressing issue between women’s rights to family planning and the prevention of breast cancer.

In the 2nd SONA of President Duterte, he asked the Supreme Court to lift the TRO on contraceptive implants such as Implanon and Implanon NXT. Duterte said the purchase of the contraceptives was not a “reckless purchase” for it was in preparation of the implementation of the RH law. He further said the stocks would soon expire and to better donate them to a nation who allows its use.

It is a contraceptive implant preloaded in a disposable applicator. Inserted in the inner arm, the implant contains 68 mg of the active substance etonogestrel which is a synthetic female hormone resembling progesterone. A small amount of the hormone etonogestrel is continuously released into the bloodstream for three years. The rod itself is made of ethylene vinylacetate copolymer, a plastic that will not dissolve in the body. Implanon NXT contains small amounts of barium sulfate (which renders it visible under X-ray) and magnesium stearate.

The result is no more menstrual periods by stopping ovulation, thickening the mucus around the opening of the cervix and altering the lining of the uterus, thereby providing pregnancy protection for a period of three years.

Question: Isn’t monthly menstruation normal for all women? Then if so, interfering with a woman’s natural menstrual cycle could very well adversely affect her reproductive health!

This has already been experienced with birth control pills and Depo Provera, where women developed breast cancer among many other cancers within 2-5 years. But because implants have a much longer period of birth control, governments have thought this latest method to be perfect for population control, most especially among the poor sectors of society.

Let us now briefly view the history of Implanon:

2010 October – Implanon is discontinued and replaced by Nexplanon by Merck.

2017 July 24th – Duterte asks Supreme Court to lift TRO or have DOH give to another country their supply of near expiring Implanon.

Just from the above, very glaring points of question come to mind:

1. Why was Implanon phased out in 2010, just four years after it was approved by the USFDA?

2.  If Implanon was already phased out and replaced by Nexplanon in 2010, why did PhilHealth purchase Implanon and not Nexplanon five years later?

The reason for the first is that Implanon was discontinued to reduce the risk of insertion errors. Nexplanon implants contain a substance called barium, which allows them to be easily located using X-rays and CT scans. Nexplanon is simpler and avoids placing the implant too deep under the skin. Considering that Implanon were given for free in targeted urban poor communities like in Tondo, Manila by mainstream NGO Likhaan Center for Women’s Health in partnership with the DOH, the risk of insertion errors was not a matter to be concerned with.

For the 2nd question, having been phased out in 2010, Implanon was either fully donated to our government or purchased at a give-away  cost that was very timely as a political campaign gimmick by Senatorial wannabe Risa Hontiveros, who at that time was appointed to PhilHealth for national electoral exposure.

The Supreme Court TRO was a result of efforts from pro-life sectors but what was overlooked is the risk of developing breast cancer from implants!

Going back to how these implants work by stopping menstruation, just imagine what can happen to one’s hormonal health? The female reproductive system will eventually go haywire and result into hormonal imbalance. If menopause is a natural occurrence for all women and hormonal replacement therapies (HRT’s) have been found to result into breast cancer, stopping menstruation long before menopause would also invite breast cancer because of the absence of natural estrogens and the entry of harmful foreign estrogens.

Further consider that it has been just a decade since these implants have been put into use. Only after a prolonged period of time will it be definitely known that this 3-year birth control product indeed causes breast cancer! So, would you want to take this risk?

The PBCN has had several cases of such implants that have resulted in serious breast concern: 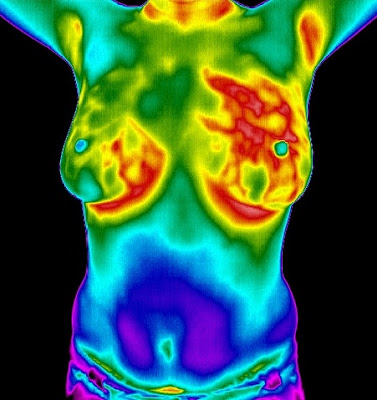 Two were young mothers from Tondo who started to experience lumps in their breast just a year after having an implant from the NGO Likhaan. The PBCN advised them to have them removed immediately and instead practice the rhythm method or have their husbands use condoms.

One young mother was charged Php10k for the implant by her Ob-Gyn and when she wanted it removed due to breast problems she was experiencing, she was charged Php5k for the removal and told that the lumps in her breast only showed how effective the implant was.

This brings out a very terrible scenario!

Breast cancer is an epidemic in the Philippines. If many women die from breast cancer, then population is controlled, especially among the poor. If identified environmental causes of breast cancer are not eliminated, the incidence rate of breast cancer will grow higher than 1 out of 13. With the addition of these very harmful implants, 1 out of 8 women will get breast cancer ten years from now! Millions of pesos will be made by the medical-pharmaceutical industry and poverty will be addressed with the reduction of life among the poor because of breast cancer.
Posted by danny meneses at 2:42 AM 1 comment: